In all pairs, image on the left taken under white light (VIS) with a BG38 filter in the camera (VIS). The BG38 filter restores the camera spectral response to that of an unmodified camera. A vertical sheet of UV-absorbing polycarbonate was used a partition between the two trays, with the UVA LEDs on the left side only and white from above right reaching plants in both trays. 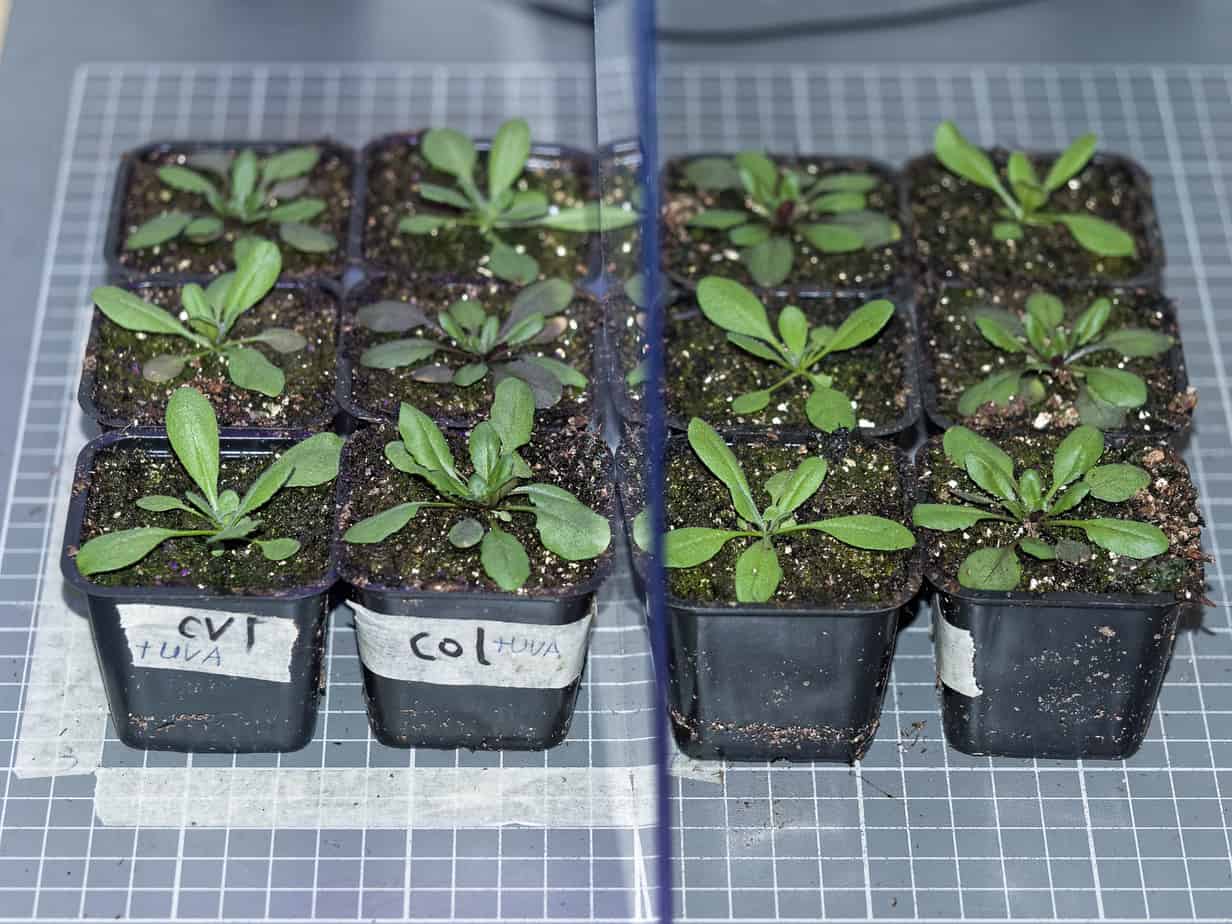 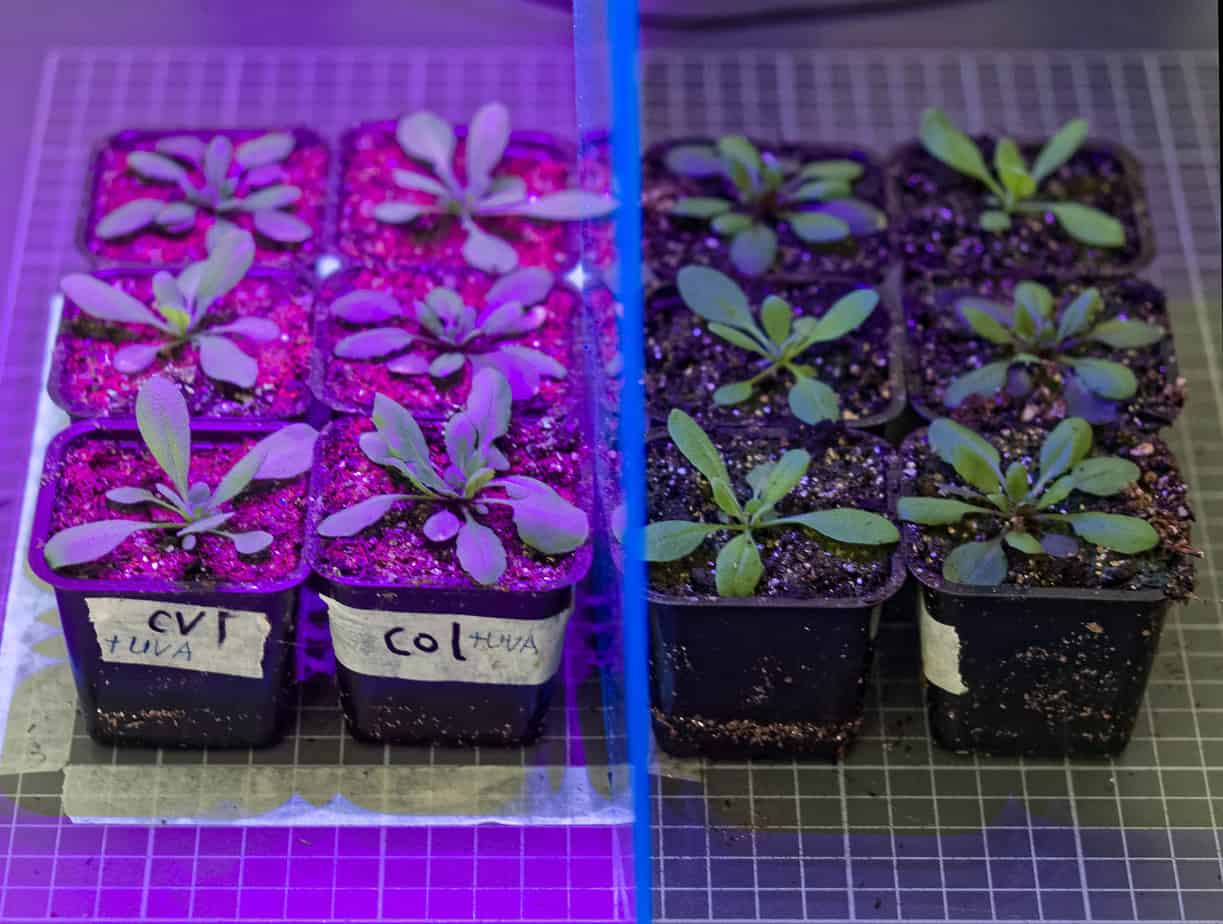 Pair 1: image on right side, illumination UVA + VIS or VIS only, with normal filter in the camera (VIS). The BG38 filter restores the camera spectral response to that of an unmodified camera. This photograph is almost exclusively of visible light. However, the UV-A radiation on the left side excited very strong fluorescence by the chlorophyll, both in the Arabidopsis leaves and in the algae growing of the soil surface. 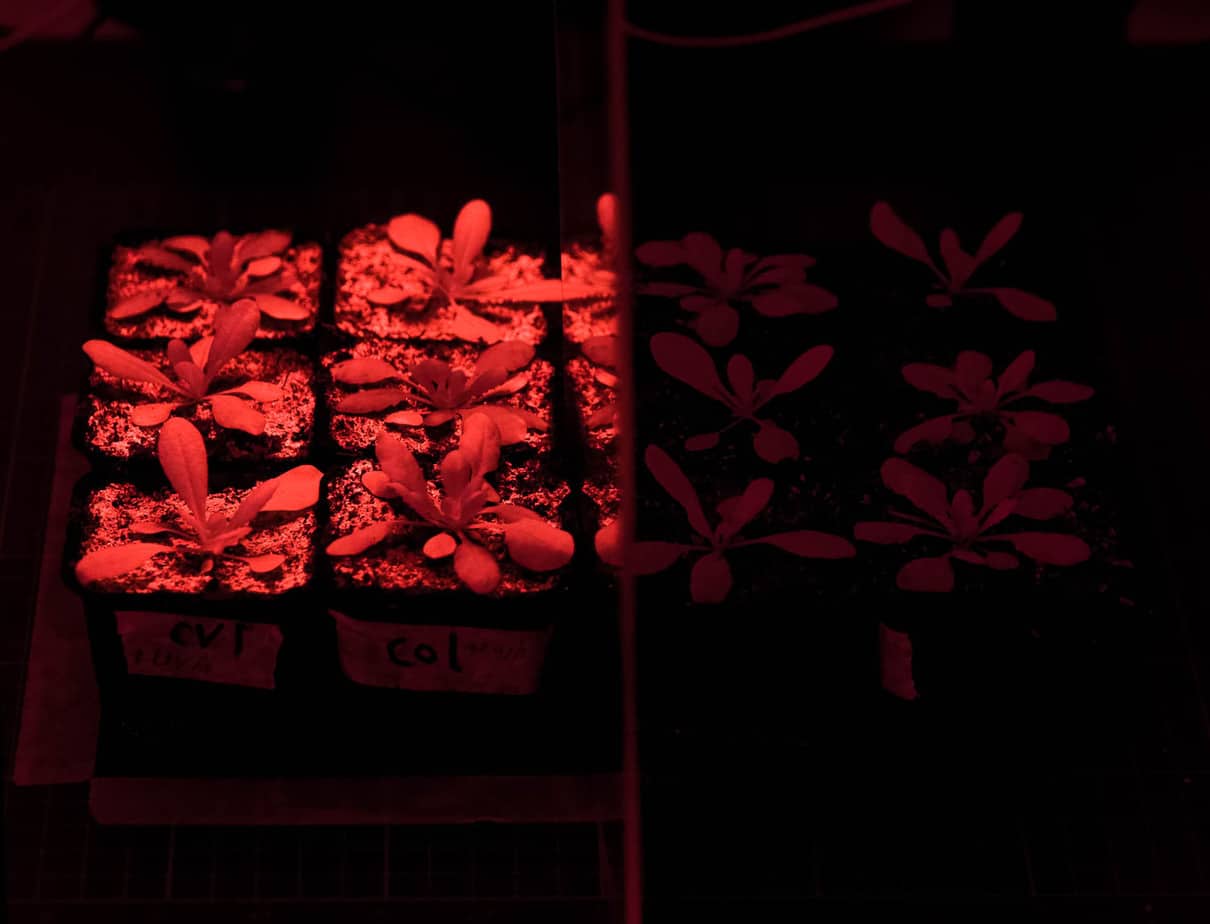 Pair 2: image on right side, illumination UVA + VIS or VIS only with IR filter in the camera, red fluorescence from chlorophyll (red fluorescence is as seen by the human eye but enhanced in post processing). This photograph was taken with the same illumination as the previous one. The filter on the camera objective transmits only wavelengths longer than red. The visible light from a white LED array elicited weak fluorescence (or possibly transmitted a small amount of red light from the white LED. The UV-A radiation from UV-A LEDs induced strong chlorophyll fluorescence.

Pair 3: image on right side, illumination UVA + VIS or VIS only with UVA band-pass filter on the camera, reflected UVA radiation (color is false colour barely visible to humans). With UVA light source Bääder-U UV pass filter. This photograph was taken with an “accidental” UV objective. A Hannimex 35 mm f/3.5 manual objective about 50 years-old was used adapted to the mirrorless camera. The objectives have different focal length (60 mm and 35 mm, so even after carefully shifting the position of the camera and tripod, the images in this pair do not exactly match.

Continue looking at images of flowers, berries and fruits or mushrooms, lichens and mosses.